I was approached by the founders at a the ideation stage and brought in as a third member of the team to design the first high-fidelity prototypes. In addition, I was in charge of producing all the marketing and branding material, which I later delegated.

At a later stage I focused on increasing conversion and user research, while automating and streamlining the design processes with the creation of the design system.

Mainly male middle-class, 22-35 years old – therefore the app is in darker colours while being playful in its visual design.

We were facing a challenging goal: to explain to the user a complicated concept of crowdfunding luxury items – for an example, the creation of a limited company for each asset, the investor being a shareholder and that the items are not bought in advance.

Therefore we've decided to onboard users right after sign up.

Users can get from sign up to the checkout in under a minute while getting clear explanations and trust-builders along the way. For a smoother experience, we're only performing the KYC process after checkout.

We have faced a lot of mistakes during our improvement process. One of them was to not show full asset pictures and showing too many tables of information that was just overwhelming. 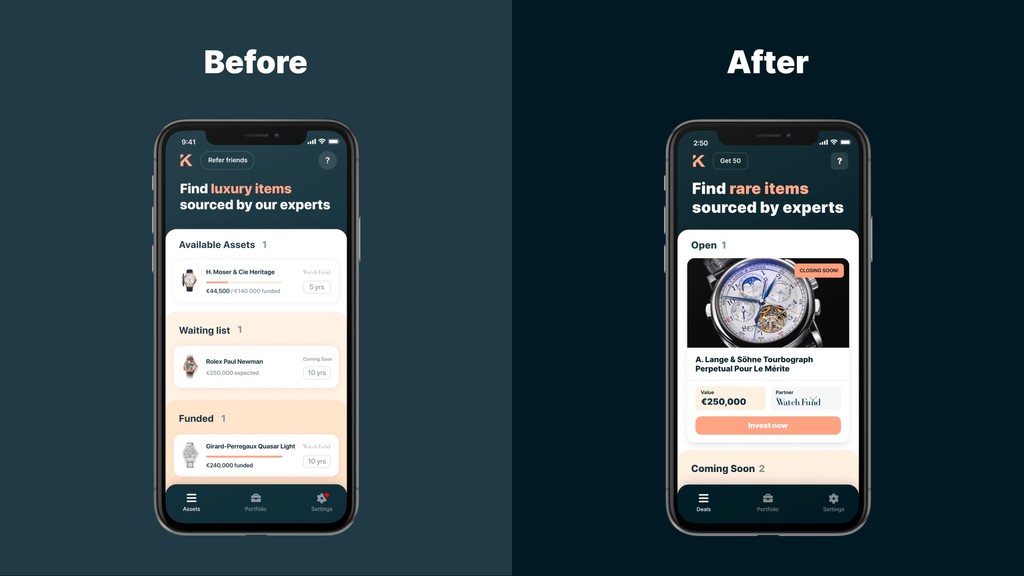 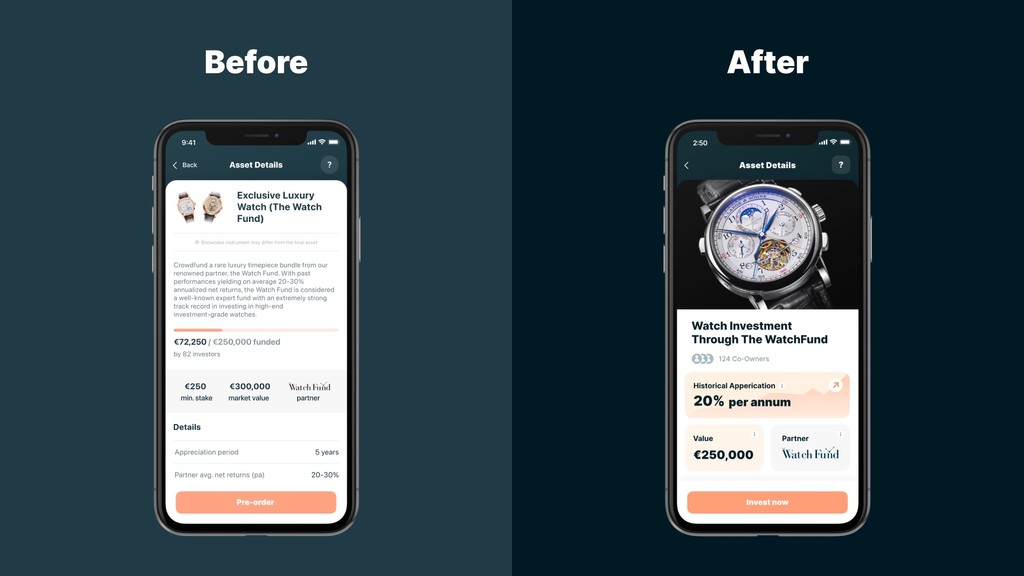 I was researching ways to increase conversion based on where the most abandonments occurred – one of the best conversion increases happened after I've introduced a visual calculator design on the second step of investment process. It shows calculations of returns based on previous performance of similar assets.

On top of that we've incentivised users to add more money by introducing gamified investor levels with benefits. And added labels like "Included on the Central Bank of Ireland Schedule 2 register" and "Secure payment" to increase trust. 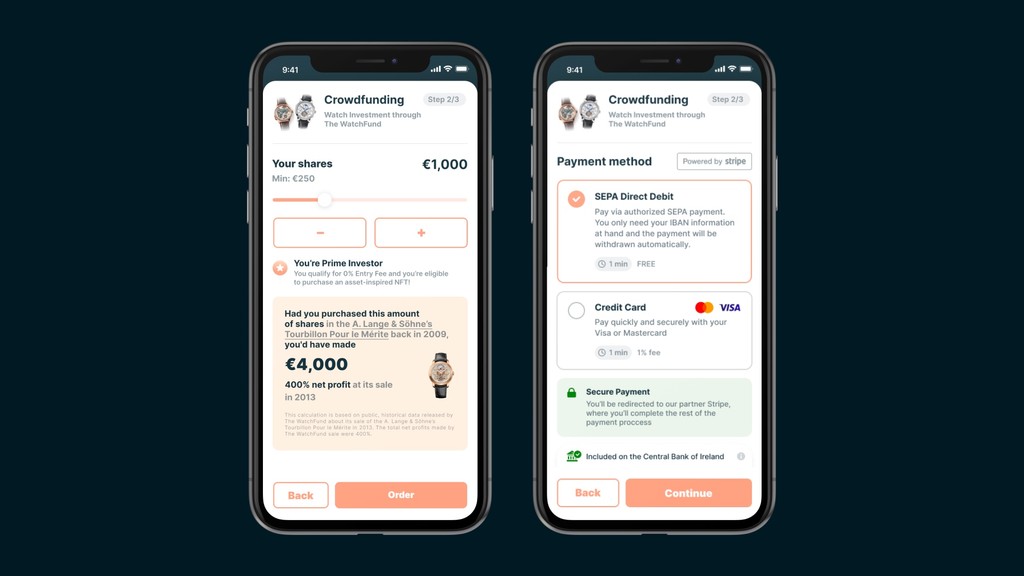 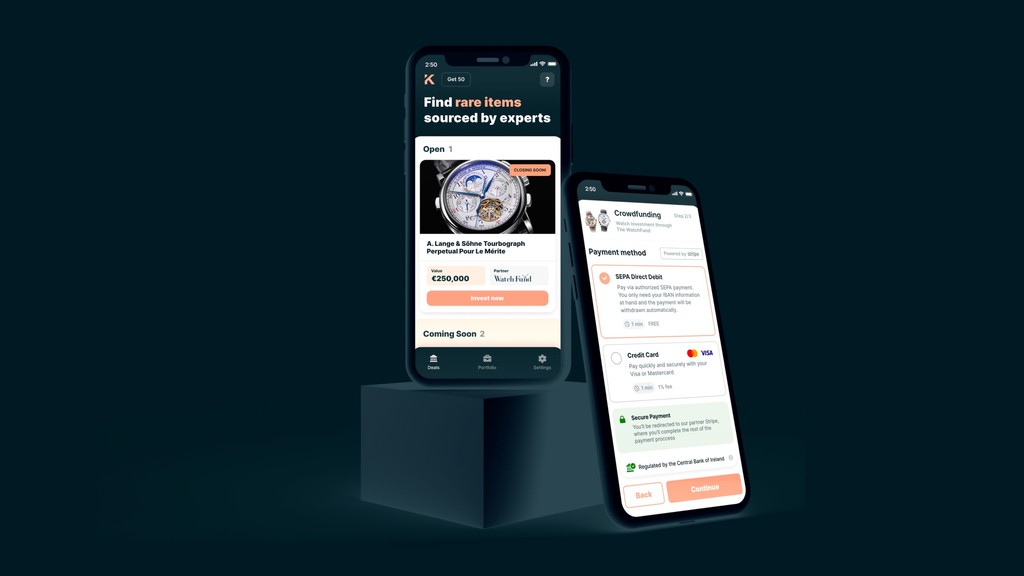 Process at a Glance Konvi is the European crowdfunding platform that enables anyone to gain partial ownership into high-yielding, luxury assets. 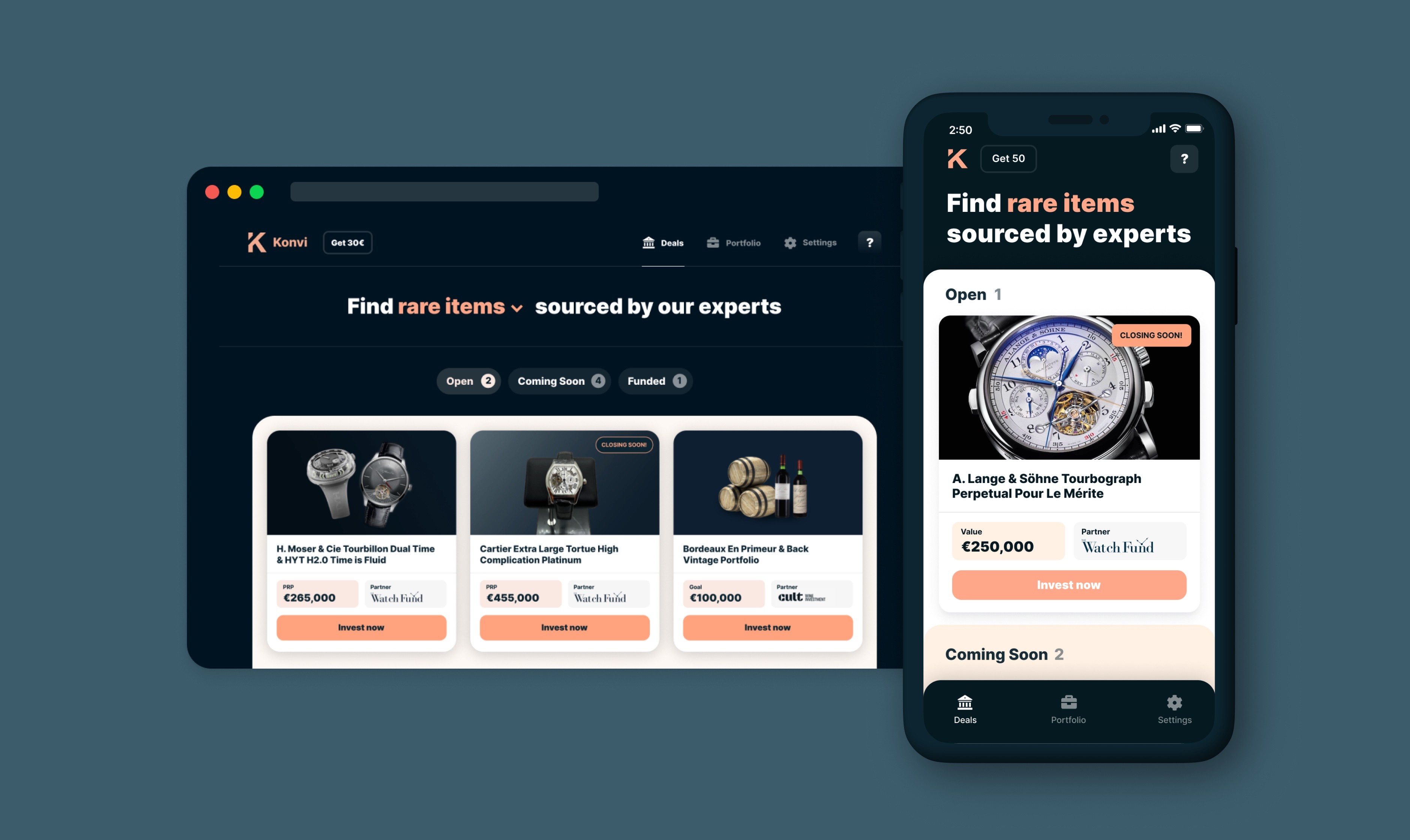 Konvi was born out of a passion for luxury collectibles and investing. Realising the investment potential of luxury assets such as the Hermès Birkin bag, which has consistently outperformed other asset classes in the past years, the question arose: Why are these investment classes not yet available to the broader population.